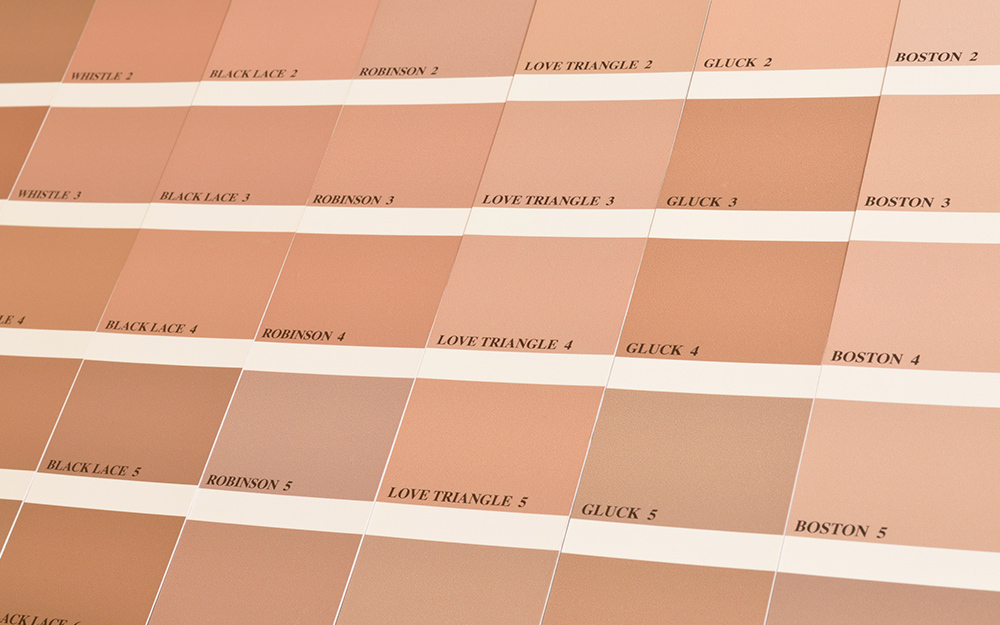 Are you still with me? Wonderful!

Back in 2016, I graduated from the University of Bedfordshire with a degree in Photography and Video Art, and I didn’t know what to do. This was the first time in three years that I was without a brief and I was creatively burned out.

Like most recent graduates I got myself a job and I spent copious amounts of time on social media.

Our ever-growing consumption of pornography has led to the consideration that it may be negatively impacting our sex lives and giving underage people a false sense of what real relationships are.

That is when I came up with the idea to invent my own line of emulsion paints inspired by those top ten searches.

What followed were months of compiling pornographic film stills from 2016. Once this was done, I layered the images and before I knew it I had a commercially viable range of colours.

Once I had the paints and had promotional materials made, I hit a wall — a financial wall.

In order to create a realistic advertising campaign, I needed to use my photography skills. However, without the right lighting I was never going to achieve that.

So I put my paint cans away, until one day I found myself mindlessly scrolling through Facebook once more and I saw a call for local artists who needed funding. The Revoluton Arts Kickstart Mini Commission felt like a calling, like my project had come full circle. I needed to apply.

Weeks later I got a call from Revoluton Arts. Not only did they want to give me money to purchase professional studio lighting but they also wanted to give me one-to-one sessions with an arts producer.

I started working harder than I had in years. I wanted to prove I was worth the investment.

I also had a newfound confidence that was boosted even more when I launched the project at Revoluton’s Kickstart Mini Commissions Creative Café. People I didn’t know came up to me and wanted to discuss my work, its origins and what was next. They wanted to know where they could buy my lesbian-inspired paint, ‘Gluck’.

It has been a few months now since the Kickstart Mini Commission came to an end and I’m still in regular contact with both the people at Revoluton Arts and the lovely people who were also given funding.

But the most meaningful thing I have learned is that my art has a place in the world.

My art is unique and a little odd but I have found that people actually like that.