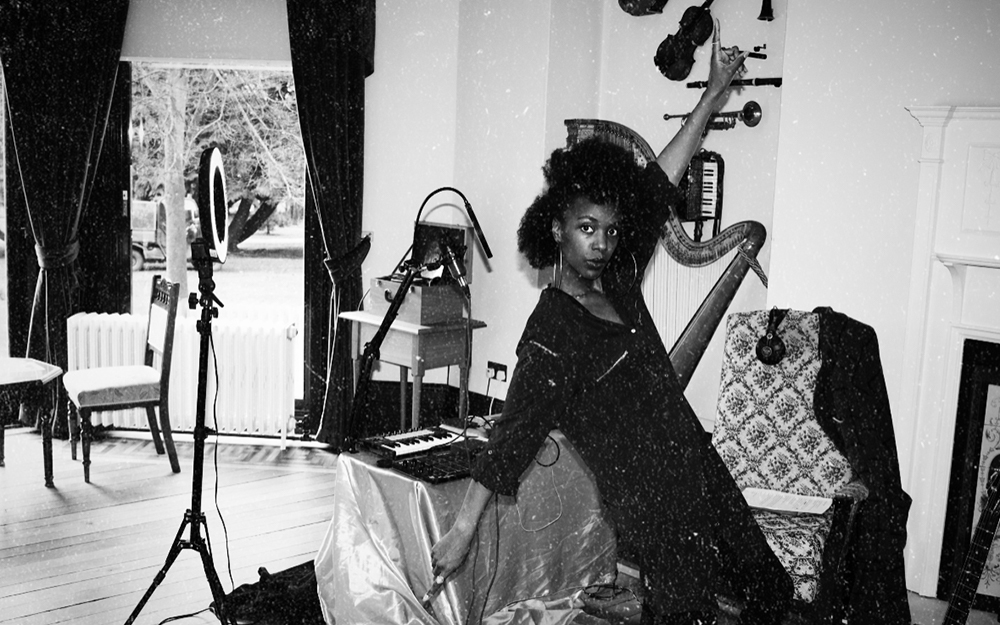 Guest post by Luton creative ENNÈ on how a Revoluton Arts Kickstarter Mini Commission helped her amplify her voice.

I had been travelling around the world, singing songs to huge audiences. That was a nice experience.

However, upon my return, I realised I was starting from scratch.

After much meditation, I had an idea for how I was going to move forward with my career. This was the exciting part: to unleash my true self to myself.

This was both daunting and exciting; what if I get hurt by others in this reveal? But also this level of freedom was the most exciting thing about creating. And, well, as long as I accepted myself, it really didn’t matter if others accepted me. When you are authentic, you quickly learn that the judgement of others has more to do with them than it ever has with you.

So I went for it. I decided to start sharing my ideas to make a musical short film with some local friends I knew I could call on to help me out, as I had no filming equipment.

I filmed two scenes and song performances in the summer which included some local legends: Andy Cheshum of Vinyl Revelations and Paul Jolly of 33 Records. I had also drafted in my daughter to play a main role alongside me. It was the summer holidays so I made sure I put her to good use.

I knew I was on limited time, however, as my cameraman, Tony Coaker, is also a local music teacher and has a beautiful family also; his time would be limited the closer we got to term time.

It was Paul Jolly who first mentioned Revoluton Arts’ Kickstarter Mini Commissions to me.

I was excited to learn that support was available locally. When I heard it was Revoluton Arts who were behind it, I felt even better. These guys have been about for a while and to me, they are a saving grace to the arts in this town. Angela [Revoluton’s Project Manager] has always been supportive of the arts and it was nice to learn they were able to be doing even more for local talent.

I applied to the fund immediately, with a view to finishing my idea mentioned above. However, due to the support I had no longer being available I realised this idea wasn’t the best place to start.

At the Producers’ Hub [Revoluton’s support hub for local creatives], I was worried that they may not respond well to my change of idea. However, that was not the case. They were very supportive and understood what it is I am trying to do.

The project I decided on is called ‘No Sound’ and is about the fact that for most of my life I didn’t feel heard or seen by the world. I wanted to create short films split into three acts: a song performance; a monologue about the emotions that fuelled the song; and an interview-style discussion where I will talk more in-depth about the topic of being silenced as a marginalised voice.

I was able to use the Kickstarter Mini Commission to fund a camera to boost my visibility and create visuals for what I am doing sonically and with my literature. It literally gave me a way to create my own platform for my voice. 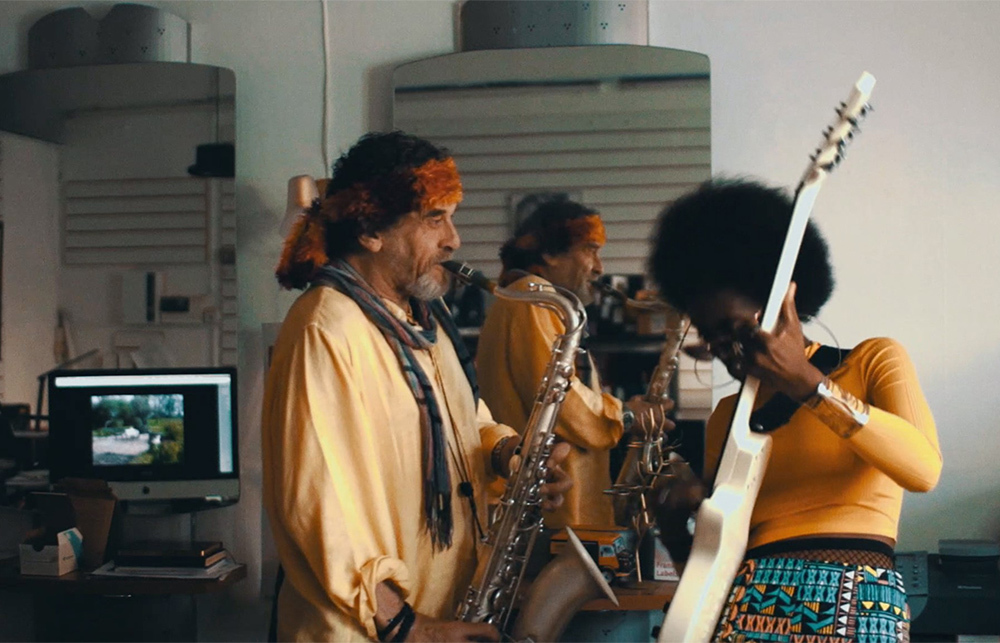 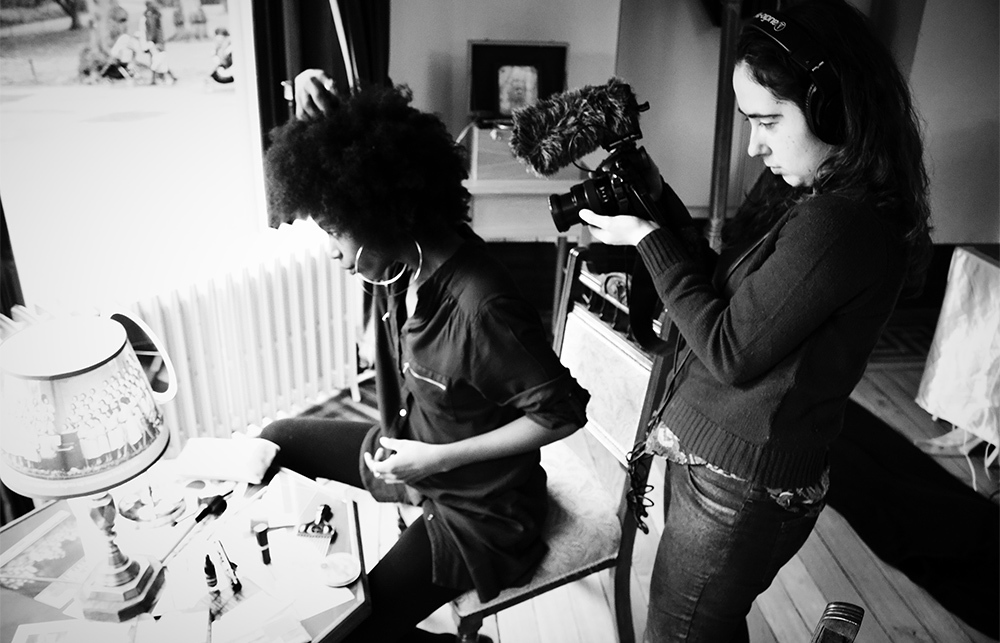 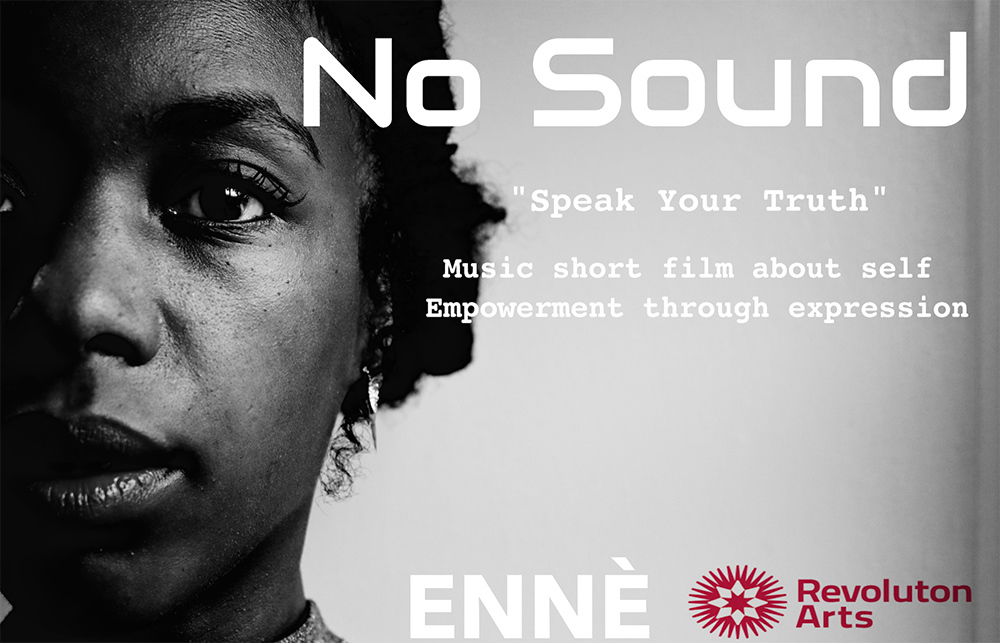 Getting my dream location - Revoluton opens the door

Filming the song performance was the biggest challenge as I had a vision to use Wardown Park Museum.

It was proving difficult to get hold of someone to talk to about my project and how connected I feel to the Museum. Growing up, I watched Shakespeare plays there, and have performed there myself. I grew up loving the place, and feel it is a part of our town’s history that I wanted to tip my hat to in the video.

I found it hard to find someone that would listen. The email responses I got back was to offer the place for four hours at £400. There was no way I could afford that price.

I thought all was lost, but not one to give up, I contacted Imrana [Community Activist] at Revoluton and was able to speak to the wonderful people at Wardown Museum, who understood the vision and allowed me access to film.

Imrana was very hands-on and supportive throughout the entire process.

Revoluton didn’t just give the funding and then leave you be — unless that is what you wanted. They were there to call on and that is so important when you are creating something by yourself.

To feel like you have support in an otherwise lonely setting, to grow what you are doing is key to success. Revoluton understands that, and they provided great mentoring and support as well as the funding.

I would recommend anyone with an idea, no matter what level your idea is at, to seek the advice from those at Revoluton on how you can grow it and see if the Kickstarter Mini Commission is for you — it really is a great foothold into something much bigger.

I do feel so much more confident now in myself and my project than I have ever felt before.

The film is not yet finished — I plan on finishing Acts 1 and 3 within the next two months. I will be showing locally when the time comes.

I am planning to build my YouTube channel in order to have a platform for my voice and to create discussions in society that will contribute to positive social changes.

Being seen and heard

I find it quite poetic, as the project that I am working on is called ‘No Sound’, and is about the fact that for most of my life I didn’t feel heard or seen by the world. And here I am, being supported — both seen and heard.

Beautiful that my vision, alongside the support of Revoluton, could be realised.