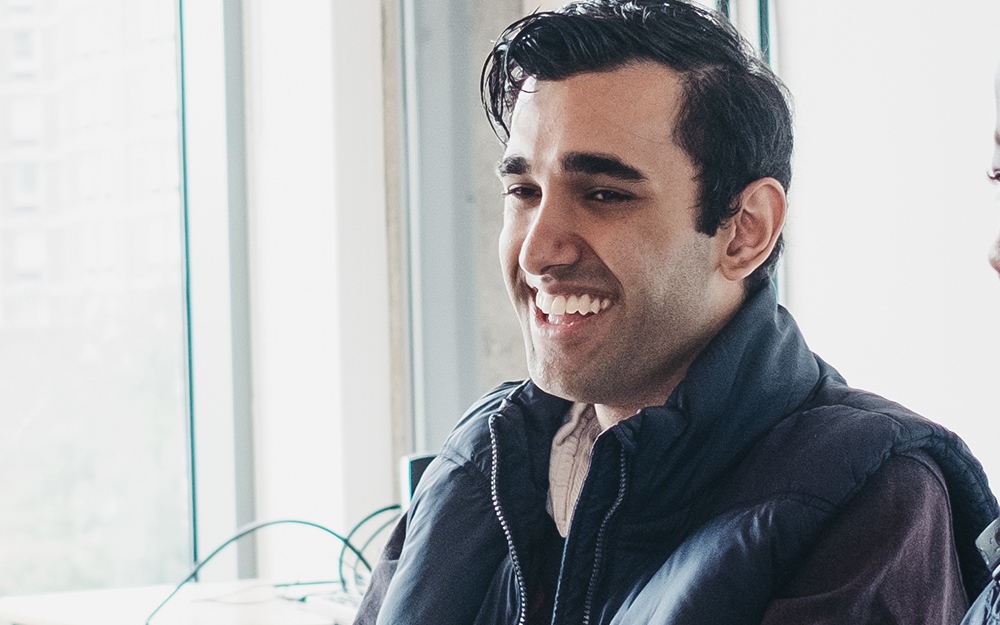 Prashant writes about his first two weeks’ experience on the programme:

Young Pleasance London’s cohort began on Monday 16 September 2019, with our first masterclass run by the associate director attached to the company, Joel Gatehouse.

Having a history of acting and theatre-making himself, Gatehouse emphasised how writing, directing and other artistic avenues run in tandem with performing. Each creative outlet is not mutually exclusive: to become a better director, you must first be an actor to know how they must be respected. Similarly, actors read scripts like no tomorrow, so pick up writing styles, language and structure.

Priority was given to ensemble building—particularly in the first session—given that performing is never a solo discipline, rather a collective effort.

Inspired by Jacques Lecoq’s methods, our first exercise was: Entering a posh hotel reception we wait for a friend without talking. One by one we enter the space with something to offer—we don’t know each other nor do we want any contact. How can we exist in the space in unison without it becoming awkward or necessary to converse?

The more people that entered, the harder this exercise became.

There were windows when entering made sense. It was about feeling the right time alongside the use of spatial relationships. For example, if I had my back turned to the room and picked a magazine up from the table, should someone creep up behind me that would be startling and an argument would ensue.

Really thinking about it, we’re human doings as much as we are human beings.

Not only is there a time and place to take an action, there are consequences to what you’ll do when pursuing what you want.

Every action has a reaction. This is acting.

First and foremost, it’s worth noting none of this would be possible without the help of Revoluton Arts and their team—especially Johanne Hudson-Lett. You’re giving working-class creatives a platform to champion ourselves and progress to better places. From the bottom of my heart, thank you.